Notes from Jace are his weekly takes & insights into the current and future market standings. These are updated weekly as available and will be posted here.

Here is a good article from one of our customers. There is a lot of truth if not all. He is a member of R-Calf trying to get a meeting with the Big Wigs in Washington. I know there are other organizations out there that are trying to do things also. I would be glad to have anything posted from them also. Be sure to get on R-Calf website for membership and more information.

China has lost approximately 50% of their swine/hog herd this last year due to African Swine Fever. We sure don't need it here. There is no treatment or vaccine available for African Swine Fever. When Foot & Mouth Disease, Type 0, was found in China in September it was the eighth time this year. South Korea has had it this year as well. There are 23 common types of the disease.

In 2001, livestock producers in the United Kingdom suffered huge losses when FMD spread in cattle, sheep and hogs.  They had six million dead animals at a cost of over sixteen billion dollars.  The current FMD vaccine bank is totally incapable of supplying enough vaccine in an event of an outbreak. The U.S. government claims we have enough FMD vaccine for 15% of the cattle in Texas and 4% of the hogs in Iowa. How do you think you will get the vaccine needed for your cattle? Iowa State University says an uncontainable FMD outbreak in the U.S. would cost the livestock industry over 128 billion dollars in ten years time. American grain farms would lose close to 70 billion dollars.  We would also lose about 1.5 million jobs in the United States. You stand a better chance of winning the lottery than getting your livestock vaccinated with these odds.

Guess who are the only ones benefiting from shutting down 'COOL"? The packers in the U.S.  They use these quiet imports to manipulate the beef and pork markets to their benefit. When we get one of the diseases from these imports, that will only help the U.S. packer control the supply.  Only the  livestock producers will pay the price as well as they already have from lower prices for their livestock. When one or more of these diseases arrives in the U.S., the livestock producer will lose everything they have worked for. In the last fifty years, we have lost one third of our U.S. cow herd. If supply and demand still worked, we would have a wonderfully high cattle market which is not the case.

Russia and Columbia are actively infected with FMD. Brazil and other South American countries say they are not but do you think an invisible border around a country will keep the disease from crossing over?  Poland has the African Swine Fever but we still import infected pork from them.  Japan has problems with Hog Cholera disease.

Due to the outbreak in the United Kingdom in 2001, dozens if not hundreds of farmers committed suicide over the vast loss of their livestock and had their entire farmsteads burned to the ground, homes and all, to stop the contamination. They just couldn't take it. The news outlets said they culled the animals. This was just a nice way to say they killed them all, piled them up and burned them. How would you like to see that done to the wonderful cow herd you have spent a lifetime building up?

Sustainability, BQA, Cattle trace, Secure Beef supply..that all sounds good but in reality they are just a smoke screen by the big packers to keep you busy from paying attention from being robbed.

Have you seen prices drop in the grocery store? No, they have kept the higher prices and pocketed the windfall profits. If you understand the way fat cattle prices have always been determined, you know that the meat packers actually stole between $300.00-$400.00 per head every week last summer. Theyare back up to around $250.00 per head now, the end March 2019. We did get a little relief through the winter. Recently one of the "Editors" of the big cattle paper wrote, "the meat packers are showing the cattle feeders that terrible winter weather does not translate into a better market price for fat cattle as it has always done throughout history until this winter." They are getting more powerful and greedy by the day.

Our cost of gains go up, our rate of gain goes down, tough luck. It looks like we are headed back to the $400.00 per head or more, if they choose, being stolen from us. If the cattle feeder would have gotten what they really had corning last year, the cow/calf producers and feeder cattle producers would most likely have received $200.00 or more per head for their calves, cows and feeder cattle the last six months. Think of a cattle auction sale with 2,000 head, ranchers should have taken $400,000.00 more home for the producers. Selling 4,000 head, the farmers and ranchers should have received

$800,000.00 more to take home. Don't you think these USA farmers and ranchers could use that extra money rather than send it to Brazil with the meat packers who are already making their regular profit, which apparently is not enough for them.

In case it has been so long since you got a fair price for your cattle, this is an example of how you figure a fair price for your fat cattle. The week of 03-22-2019, the packers had been paying $127.00, the Choice Beef price was $229.31 and Select Beef was $218.37. For this example, we will use 75% Choice and 25% Select which is more than fair since the packers and making the cattle feeders feed the cattle at least thirty days more than we used to. Accordingly, most of the cattle fed in Kansas and Nebraska are probably running 80-85% Choice and only 15-20% Select.

142.74 was what the fat cattle price should have actually been

Another fact is the cattle in Texas and Oklahoma usually grade 60-65% Choice. The cattle in Kansas and Nebraska will grade 80-85% Choice. But the price paid for fat cattle is the same everywhere. Just another loss the packers have slipped into our market without any protests from you people that are affected with the loss.

If the USA cattleman were getting that $200.00 per head that they should be, they could buy some new tires for that old pickup or get the oil leak fixed on their tractor or buy some new carpet for their house that they put off for years. Maybe even pay some on their bank loan. The ranchers' calves are bringing about $700-$800 less this fall in 2019 than 5 years ago.

If you are not angry about this, you are not paying attention. We have similar problems with the grain market. On October 19, 2018, the Kansas City Federal Reserve Bank noted that farm operating loans were 30% higher than the previous year. The worst since 2002. I read the other day that the general farm income is about 40% of what it was five to six years ago. A 60% pay cut! We are not making much headway, are we? I talked to a cattle rancher with 300 cows and at $800.00 less for each calf, that would be about $240,000 short this fall. Tough luck.

The cow/calf producers and the feeder cattle producers are receiving about 50% of what their cattle were bringL11g about five years ago which is approximately $700-$800 less per head.

It has been quite a few months since I have done any notes. My scribe, Deb, got a full time job and my new scribe, Ali, had to learn all of the sale barn office basics. Most of the summer we were putting in more pipe pens and Colt, my youngest son, his senior year – we were hauling him to High School Rodeos across the country this summer. Now fall has already started and I get the same question asked daily – “What’s the market now?” or “What’s the market going to be?” The market looked very positive, moving upwards until a few months ago. The Tyson plant in Garden City caught fire. It put the market into panic mode. Cattle went down and meat went up. The packers went from making $500 to $600 to making $700 to $900 per head. You, as the ranchers, wouldn’t you like to make half that much profit? Makes you feel like we are being taken advantage of. Since then the market has gradually moved in an upwards trend. Good pasture and more feed has made for a late movement of cattle. I feel it is going to keep getting higher as we proceed into the new year. Wheat pasture in Kansas, Texas, and Oklahoma, has had good moisture. The 500lb calf is very active. These cattle are going to wheat pasture whereas the 550lb calf is a softer market. This is because the corporate feedlots do not want a big unweaned calf yet. They are still filling their pens with yearlings. I just got off the phone with a customer. His 470lb steer calves brought $6.00 per head more than his 550lb steer calves and the heifer calves, if they weigh 500,600, and/or 700lbs all bring the same price per hundred. What can really help for weaning calves now is moisture to settle the dust. The butcher cow market has stayed relatively steady up until yesterday and today. Packing houses are starting to see more movement in cows across the nation. The bred cow market has been very stagnant. Field pasture is not ready. People have not pregnancy tested their cows, and nobody knows if they need any or how many they need until they are pregnancy tested or see any opens. This is the market in a nutshell – This Wednesday we will have around 4000 cattle. Some of the most reputable ranches locally selling calves. Come see us Wednesday.

P.S. Here is something a cattle buyer sent me that I found very interesting. MEAT IS THE SAME PRICE TODAY AS WHEN WE HAD $3.00 CALVES. 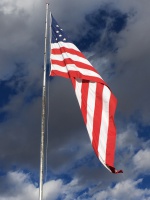